Anaconda ended a four-game losing streak Saturday, knocking off 7B Thompson Falls 54-35 at Memorial Gymnasium.
After a woeful shooting performance in the first half, Anaconda came out hot after halftime. Led by Logan Stetzner’s 21 points – 18 of which came after the intermission including 13 in the third quarter – the Copperheads outscored the Blue Hawks 21-9 in the third.

In a game marred by 41 total fouls and 42 combined free throw attempts, neither team capitalized from the charity stripe. The Blue Hawks were just 6 of 16 (37.5 pct) while Anaconda managed 13 of 26.

Defense and a balanced scoring attack were key for the Copperheads. Sophomore Megan Reich and senior Arieona Mattson each had nine, freshman Alyssa Peterson added five and juniors Claire Miller and Isabel Saltenberger chipped in with four apiece.

Thompson Falls was led by Megan Baxter’s 13 and Jody Detlaff with 10.
With the win, Anaconda improved to 4-10 overall. Thompson Falls fell to 4-11.
Anaconda will be back in action next Saturday when they travel to 6B leader Florence. 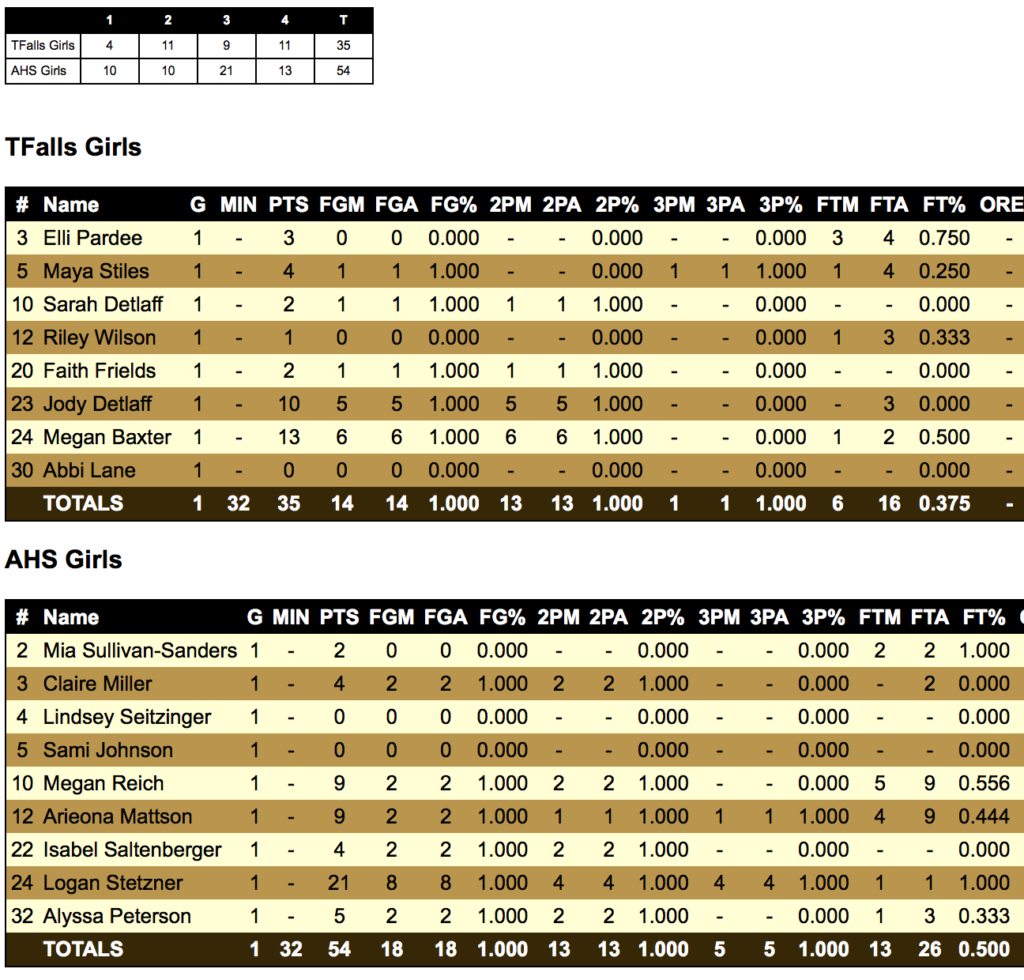