Anaconda’s Sydnie Peterson is officially a Cardinal.
Following last week’s signing at Memorial Gymnasium, her letter of intent has been received and confirmed by officials at North Idaho College.
Located in Coeur d’Alene, Idaho and a member of the Northwest Athletic Conference, NIC is a two-year junior college juggernaut offering 10 different sports for men and women. The allure of the campus and academics is what sealed the deal for Peterson. 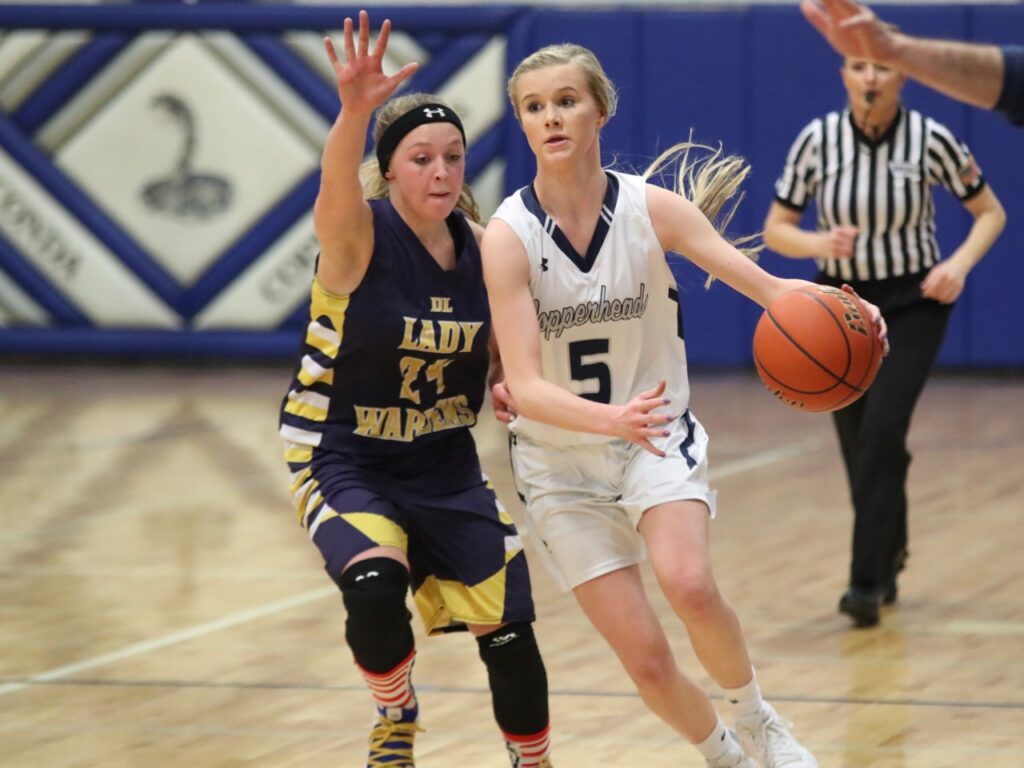 “I’m really excited to move on and be able to join a new team and play basketball,” said Peterson, a two-year starter for Anaconda High. “It’s like a dream come true.”
Peterson averaged 13.9 points and 2.9 assists per game for the Copperheads, leading to a Class B All State nod for the senior point guard.


“The qualities we noticed most were Sydnie’s ability to get to the rim and her feisty play,” said NIC head coach Chris Carlson. “Sydnie has already faced challenges in life and her character will help our team.”
It’s no secret Peterson has been dealing with Celiac Disease, an autoimmune disorder that is triggered by the ingestion of gluten. The disease went undiagnosed until she was a 64-pound freshman.
Showing her toughness and resilience, Peterson has been a three-sport standout in volleyball, basketball and softball her entire four-year stint at AHS.
During her junior year, Peterson finally found a solid balance with her nutrition and athletics. She led the team in kills in volleyball as a 5-foot-8 middle blocker, averaged just under 10 ppg to lead ‘Heads in hoops and hit a remarkable .458 with 36 RBIs as a shortstop for the Copperheads — both team highs.
Taking her junior season into account coupled with a solid offseason of All Star basketball camps, Peterson began getting noticed by collegiate programs. She had several offers from Montana NAIA teams, but ultimately felt the most comfortable at NIC.
“I’m scared because I have to go out in the real world, but I’m looking forward to meeting new friends,” Peterson said.
Most girls Sydnie’s age aren’t exactly forthcoming with their weight, but she’s proud to call herself a healthy 120 now. Combined with an uncanny work ethic and persistence on the court, Peterson will be a welcomed addition to the Cardinals says assistant coach Carey Carlson. 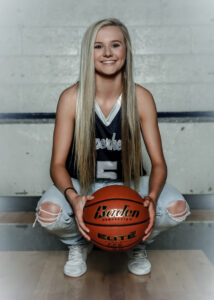 “We really like Sydnie’s tenacity and length on defense, we felt she would contribute to our team defensive philosophy,” she said.
One of Peterson’s biggest fans was Anaconda’s second-year head coach Bryan Evans. With her signing, it triggered a goal he had in mind when he took the job.
“Getting as many kids to play college ball was my biggest goal as a coach,” he said.
Coach Carlson sees his newest signee as a combo guard or running some wing sets for the Cardinals.
Peterson is the daughter of Corey and Steph Peterson.